Born in 1881, in Bengeo, Hertford to parents William and Mary Elizabeth, he was one of eleven, in 1891 they were living in Bengeo Street, Bengeo, and his father was employed as a general labourer. In 1901 he was living with his grandparents in Hertford and he was employed as a houseboy but his attestation papers states his occupation as a groom. He married Ellen Eliza Davies on 12th October 1913 (poss 1912), at the Parish Church Bengeo and they lived at 8 Audalus Road, Landor Road, Stockwell, London. His wife was living at 48 Cottage Grove, Landor Road, Stockwell, London at the time of his death, whilst his father was living at 109, Bengeo Street.

He enlisted in the army in London on 5th August 1894 and extended his service in 1904 in the above regiment. After initial postings to Pontefract and York he was posted overseas to India initially based in Mhow from 1st January 1906 before being moved to Quetta (now in Pakistan), the 1911 census confirms he was in India, where he served until being transferred back to England in 1912 when he joined the Army Reserve. He was promoted to Lance Corporal in 1907 and to Corporal in 1914. He entered France on 9 Sep 1914. After the outbreak of war the 2nd Battalion was transferred from Ireland to England in November 1914 and sent to France arriving at St Nazaire on 10th September 1914. On arrival they were marched to the Aisne to reinforce the BEF. William was promoted to Sergeant in May 1915. They were moved north to Flanders and were in action at Hooge in 1915. On 19th July the British detonated a huge mine beneath German positions, which was measured 120 feet across by 20 feet deep. The area was then occupied by British troops and held against German counter attacks the following day. William was killed in this action.

Although the CWGC and some of his papers confirm he served in the second battalion there is no trace of them serving in India, only the 1st Battalion appear to have been there. 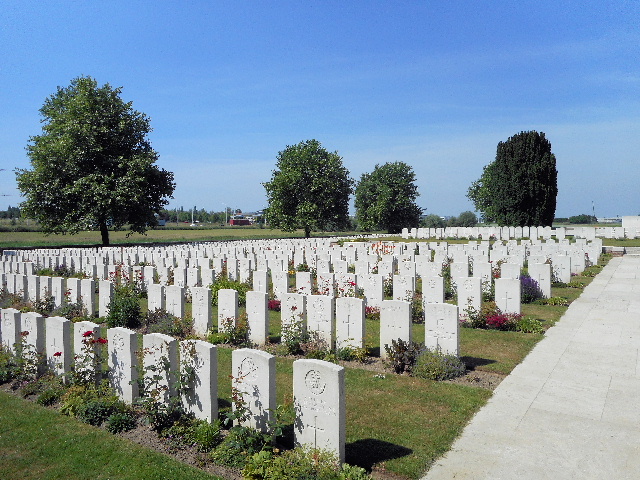