His father was the local Police Inspector and Charles was his eldest son. He had been employed at Knebworth Golf house before joining up and previous to that he was in the employ of the Grand Duke Michael when he was resident at Knebworth. The Husband of Ivy K. Sangster, of Shrub Terrace, Alderton, Woodbridge, Suffolk.

Charles joined the Army in 1914 at the outbreak of the war and was posted to France on the 12th May 1915 and also served in Italy. His wife lived at Shrub Terrace, Woodbridge, Suffolk. At 04.30am on the 27th April 1918 the Germans attacked the positions held by the Battalion. A heavy artillery barrage fell on the positions prior to the infantry assault, resulting in eight men being killed and a further twelve wounded. It was during this barrage that Charles was killed by shellfire. He is buried in the Merville Communal Cemetery Extension, Nord, France. 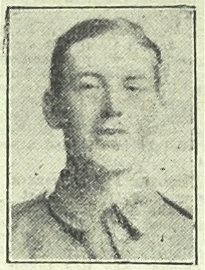