Frank was the youngest son of Jonas & Katherine Saunders of 28 Trinity Road, Stevenage. A hairdresser by trade he was first an apprentice to Buckingham’s in the High Street and was later employed as Head Hairdresser by Mrs.Hann in Royston, where he had worked for five years before joining up.

He joined the Army in May 1916 and was sent France six months later, at the completion of his training. In March 1917 he was sent back to England suffering from Dysentery and spent several months in hospital in Bournemouth and Addington Palace, Croydon. Frank, who had two brothers also serving in the Army, was killed in the Ypres, sector. His battalion had been serving in this sector throughout the summer and autumn and had seen much action in the terrifying battles of Third Ypres, known as the Battle of Passchendaele. On the 27th November 1917 the Battalion were in positions North of Passchendaele and were sent forward to relieve the men of the 2nd West Yorkshire Regiment in the Front Line. During the following days the line was continuously shelled by German artillery in an effort to wear down the British troops and destroy their positions. The Battalion casualties were, 7 killed and a further 7 wounded. One of those killed was Frank Saunders. He has no known grave and his name is recorded on the Tyne Cot Memorial, Zonnebeke, Belgium. 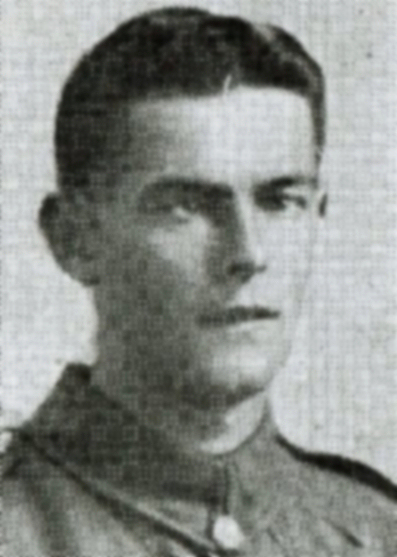