Reuben was the son of Reuben & Eliza Bygrave of Symonds Green, Stevenage. He later married Rosina Sarah Rockall in the Summer of 1912 and the couple lived at 12 Alleynes Road. Their Daughter, Violet, was born on the 7th September 1915.

The 22nd Reserve Battery was part of 4B Reserve Brigade which was stationed at Boyton, Wiltshire. He was admitted to the Military Hospital at Suttom Veny and his death certificate states that he died from Larcoma of the Testicle and Exhaustion. As Reuben had not served overseas he was not entitled to any of the Great War campaign medals. He is buried in the St. John’s Churchyard, Sutton Veny, Wiltshire. 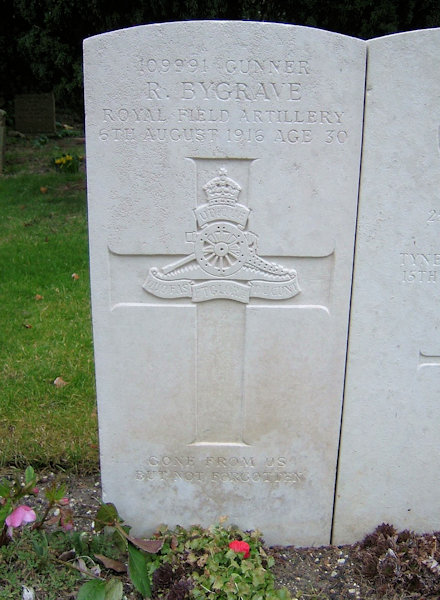