>REST IN THE LORD

Charles Victor Cadwell was born in 1896 in Wheathampstead, Herts to Frederick and Charlotte Cadwell and baptised there on 29 November 1896.

He enlisted at Bedford and joined the 3rd Garrison Battalion of the Bedfordshire Regiment. He was posted to Landguard Camp in Felixstowe for training and to await transfer to France.  Whilst there he developed septic phlebitis (possibly as a result of injury) and died at the Military Hospital in Felixstowe. Suffolk.

His father, Mr F Cadwell of Digswell Lodge Farm, Welwyn, Herts, ordered his headstone inscription: "REST IN THE LORD". His father Frederick received a war gratuity of £3 and pay owing of £5 5s 1d. N.B. CGWC gives his birthplace as Kings Walden, Hitchin, 1901 Census shows birthplace as Wheathampstead, 1911 Census shows birthplace as Harpenden (near Wheathampstead). He was also listed as Victor Cadwell (without the first name of Charles) on the Harmer Green & Digswell Memorial, 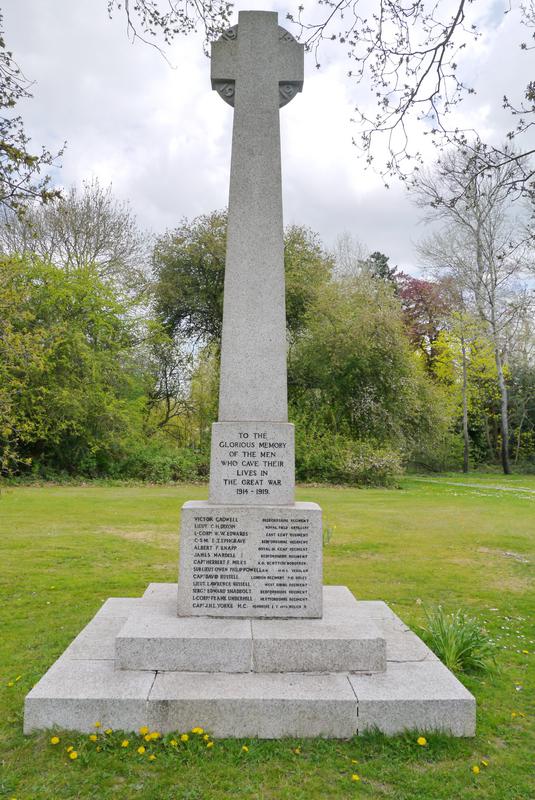