William was the son of William & Eliza Chalkley of Letchmore Green, Stevenage. He married Jane Aldridge in the parish church at Graveley, Hertfordshire, on the 24th September 1898 and the couple lived in Walkern Road, Stevenage, where they had their first child, Cecil. William listed his occupation at that time as a Domestic Coachman, but by 1911 he had become a publican, occupying premises in Silver Street, Stanstead, Essex. By this time the couple had an additional three children, Maud, Lesley John and Alfred Percy. The family later moved back to Stevenage where they lived at 42 Alleyns Road. William was called up for service in the Army on the 12th July 1916 at the age of 40, initially applying to join the Army Service Corps, but was posted to the 2nd/5th Battalion of the Yorkshire Regiment.

The battalion, which was part of the Territorial Army, only served in the UK. Whilst in the performance of his duties at Chelmsford, Essex, in May 1917 he caught a serious cold and a cough. The cough persisted and he was admitted to hospital at Christmas 1917 where was diagnosed with Tuberculosis. William was examined at No.1 Eastern General Hospital, Cambridge, on the 2nd February 1918 and was recommended for a discharge. The Army attempted to place him in a sanatorium, but William refused and requested to be sent home, which was now 56 Stanmore Road, Stevenage, so that he could be nursed by his wife. He was discharged from the Army on the 27th February 1918 and his wife looked after him for six weeks, but eventually he succumbed to his illness and died. As William had not served overseas he was not entitled to any of the Great War campaign medals. 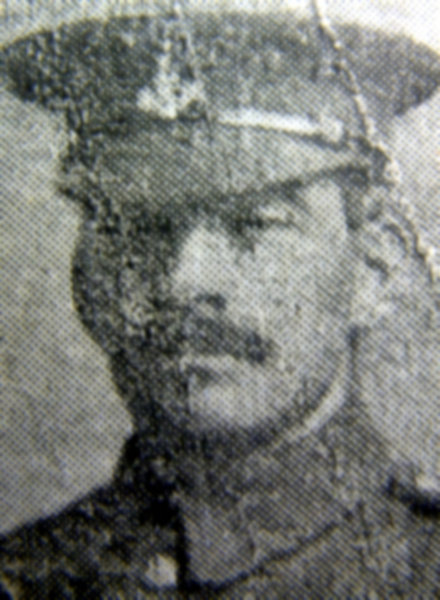