Arthur was the son of Eli & Julia Chamberlain of 125 High Street. Before joining the Army, he worked in his father’s Plumbing & Gas fitting business which may be the reason why he was selected to serve in a special unit of the Royal Engineers.

He was serving in “Z” company of the Royal Engineers which was a unit specialising in the use of Gas & Flame Projectors. On the 3rd April 1917 the company were proceeding along the Lille Road near Arras when they were heavily shelled by German artillery, killing Arthur Chamberlain and his Sergeant and seriously wounding their officer, who died three days later from his injuries at a Casualty Clearing Station near Aubigny. The other casualties were; Lieutenant Clement Stuart HOGG aged 25 of Clapham, London. He is buried in the Aubigny Communal Cemetery Extension 19883 Sergeant Richard Reginald FORD M.M. aged 29 of Cullompton, Devon. He has no known grave and his name is recorded on the Arras Memorial (Bay 1.) Arthur is buried in the St.Nicholas British Cemetery, Pas De Calais, France. 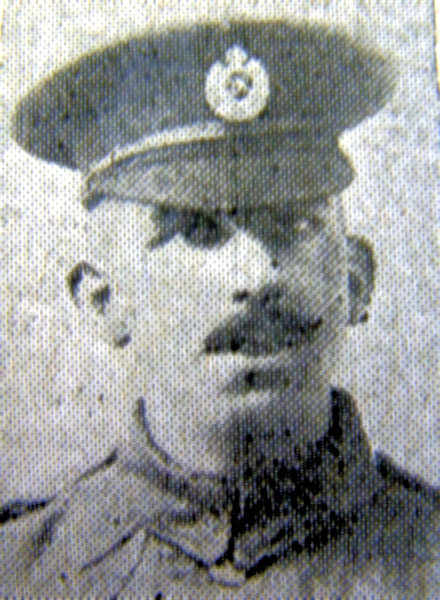