Royston Town War Memorial
Not on the Weston memorials

Born 24 November 1894 in Weston, Herts, son of William George and Bertha Caroline Chapman. Baptised on 24 October 1895 at Therfield, Herts. His father was Police Sergeant in charge of Royston police station. He worked at Dacre Motor Car Company in Letchworth and later the Heatly Gresham Works. 1911 Census: living with parents and family at Norton Way, Letchworth, Herts and working as a Clerk. Parents later lived at The Briars, Briary Lane, Royston, Herts.

Enlisted in Grenadier Guards on 24 April 1913 in Hertford. He left England with his regiment in August 1914. Was taken prisoner in November but escaped, for which he was mentioned in despatches by Sir John French on 14 January 1915 for gallant and distinguished services in the field. This appeared in the London Gazette 17 Feb 1915. Killed in action near Bethune while carrying a despatch from the firing line to HQ. A comrade wrote that when the bullet struck him he smiled and fell down dead.

War gratuity of £5 granted to father. 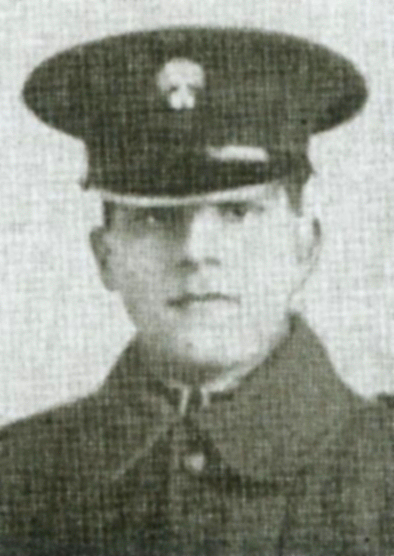