>He has no inscription on his Headstone

Reginald Frank Chatfield, born in Tottenham, Middlesex in1896, son of Arthur Frank Chatfield a Baker and Mary Clara Chatfield (nee Holman). He was the youngest of three sons. (Ray, Bernard and Reginald). Both his parents were from Tonbridge in Kent.

When war was declared Reginald travelled to the County Town of Herford and enlisted in the Hertfordshire Regiment, with the Service No. 2950. His Service Record shows he was aged 19 years and 5 moths and his occupation was a Printer. He embarked at Southampton for France on 23rd January 1915, he was promoted to Lance Corporal on 1st March 1916, he was killed in action on 26 May 1916, at the age of 21.

He is buried at the CWGC Le Touret Military Cemetery, Richebourge-L’avoue and is commemorated on the memorial at St Matthew’s Parish Church, Oxhey, Herts.

The value of his effects were £4-3s-2d, Pay Owing and £7-10s-0d, War Gratuity which went to his Mother Mary. His mother received a Dependents Pension of 5/- a week. Her address given was 20, Villiers Road, Oxhey, Watford, Herts. Son of Mary Clara Chatfield, and the late Arthur Frank Chatfield. Information provided with kind permission of Bushey First World War Commemoration Project – Please visit www.busheyworldwarone.org.uk. 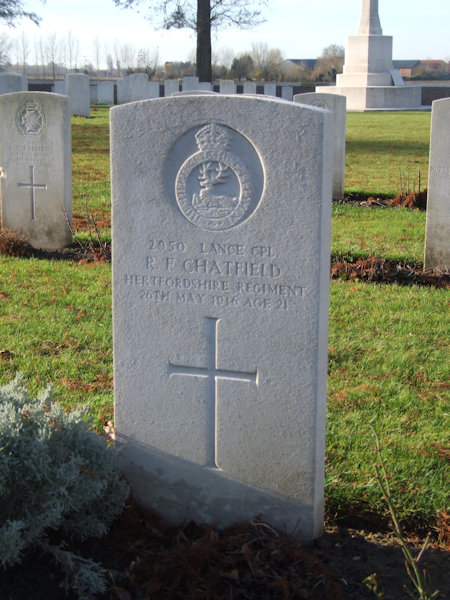 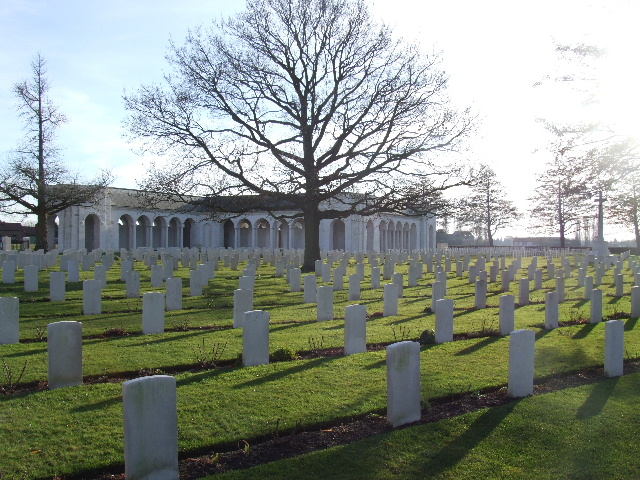