He worked as a Milk Boy for Francis Franklin of Rooks Nest Farm after leaving school and later, with his wife, Daisy and their son lived at 29 Alleynes Rd, Stevenage and later at 17, Dacre Rd, Hitchin. He enlisted in Bedford

He enlisted in Bedford and was given the Regimental Number 33644. He joined in April 1917 and was posted to the 9th Battalion of the Regiment which was in the 72nd Brigade in the 24th Division of the II Corps of the 5th Army. After brief training he was sent to France.

He was to lose his life during a major British offensive, The Battle of Passchendaele. On the 2nd August the Battalion left it’s billets at Dickebusch Camp and moved to positions in a location known as the Old French trench. By then it had been raining for three days and conditions were very bad with troops’ waist deep in water and liquid mud. In addition, the German artillery added to the misery by intensely shelling the area, causing a considerable number of casualties. On the 5th August John Collins was among a group of 30 men who were in several forward listening posts. They were attacked by a German raiding party which consisted of about 25-30 heavily armed men. A Lewis gun was used in an attempt to drive off the raiders but this was dropped and became jammed by thick mud. Eventually, the men in three of the posts withdrew through Jordan Trench to a position known as Alarm Weg. A total of fourteen men had been left behind either killed or wounded, including John Collins. His body was never recovered, and he has no known grave. As such, his name is recorded on the Menin Gate Memorial, Ypres, Belgium. 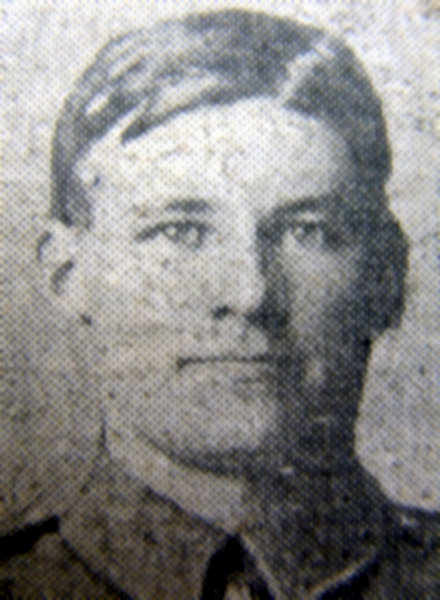