Born in 1898, Louis Joseph Conquest was the son of Joseph Oliver Conquest, a carpenter, and his wife Annie (nee Gates).

Louis was born 1898 in either Watford or Bushey, Herts, and resided in Watford.

On the 1901 Census, aged 2 he lived in Watford, with his parents and no siblings.

They lived at 22 Oxhey Street (now part of Oxhey Avenue) but by 1911, when Louis and his younger brother Albert were at school, the family had moved to 17, Watford Heath.

Louis enlisted as Rifleman 3982 in the 1st/9th Battalion of the London Regiment (Queen Victoria’s Rifles). His overseas service qualifying date being 29 June 1915.

He was first listed as missing and then presumed killed in action on 1 July 1916, aged 18 - the first day of the Somme.

His pension card records him as ‘missing’ on that date, and gives the dependant as Mrs Annie Conquest of 37, Oxhey Street, Waterford (should have been Watford). (Note: His name has also been incorrectly transcribed in the Ancestry record as Louisa Joseph Conquest).

Louis is remembered with honour on the Thiepval Memorial of the Missing of the Somme. He is also commemorated on the memorial at Bushey and Oxhey Methodist Church and at St Matthew’s Church, Oxhey.

Michael Conquest, the owner of Mavis, the wool and craft shop, on Bushey High Street is his nephew.

In Memoriams in the issues dated 29 June 1918 and 28 June 1919.. There is a brief article about Louis in the West Herts and Watford Observer dated 22. Unfortunately, Louis’ Service Record appears to one that did not survive the World War Two bombing. 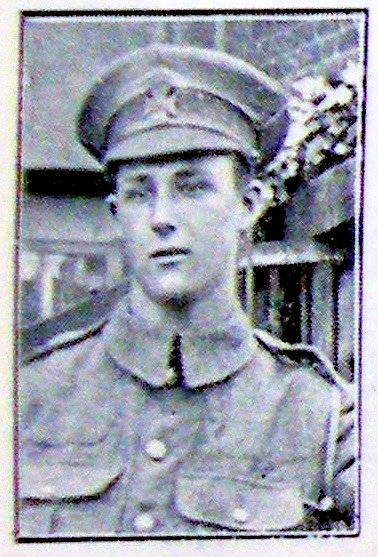