>IN LOVING MEMORY FOR KING & COUNTRY

Not on the Oxhey memorials.

John Howard Spink, born on 23rd May 1880, in Acton, Middlesex, was the son of John Howard Spink and his wife Mary Ann Spink (nee Kettle). His father was a railway station inspector and John was one of nine children, four of whom died during childhood.

He was Baptised on 1st August 1880, at All Saints Church, Harlesden, Middlesex.

The family home where John grew up was 75 Railway Cottages, Old Oak Common Lane, Acton, Middlesex. By 1901, when John was twenty, he was employed as a railway clerk and was living at home with his parents and his brother, Bertram, who was a railway porter.

In 1907 John married Catherine Evelyn Pugh and they settled at 337 Chapter Road, Willesden Green, Cricklewood, London. Their son, John Howard Spink, named after his father and grandfather, was born that year.

Meanwhile, his parents had moved to Oxhey in Hertfordshire. His father, who fought in the Crimean War, was now a retired army and railway pensioner, he and his wife were now living with their eldest daughter Minnie Fusedale and her family at 37 Villiers Road, Oxhey, Herts.

John enlisted in Holborn, initially with the Middlesex Regiment with the service number 23342, and later transferred to the East Surrey Regiment, with the service number 25278. He served in France and Flanders and was killed in action on 28 February 1917, aged 37. He is remembered with honour at Dickebusch New Military Cemetery in Belgium. He is not commemorated on  the Oxhey memorial.

A few months after John’s death, his wife, Catherine, married Edward A Barber and they made their home on Australia.

John is commemorated on the Australian War Memorial, (Commemorative Roll) in Canberra. 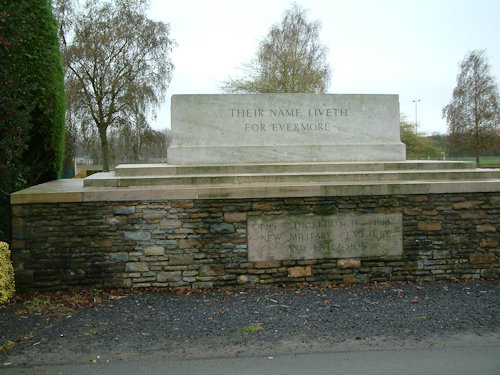