Arthur was born in Islington, London, on the 28th May 1891, the son of Arthur & Emil Fairey who later lived at the Fisherman public house in Fishers Green, Stevenage, where his father was the Publican. Before joining the Army Arthur was employed as a Carman by T.Briden & Son in Stevenage.

He initially served as Private R/21640 of the Kings Royal Rifle Corps. The cause of his death is not currently known, other than the fact that he died as a result of injuries received in action. Cayeux village, which had been in the hands of Commonwealth forces for some time, was lost on 27th March 1918 during the great German advance, but recaptured by the Canadian Corps on the following 8 August. This was an extremely chaotic time for the British army following the surprise attack by German forces along a wide front in the Somme sector on the 21st March 1918. It took many days for the British troops to recover from the assault and re-establish themselves into a cohesive force. Arthur is buried in the Cayeux Military Cemetery, Somme, France, which was begun by French troops and was used by the 36th Casualty Clearing Station. It was enlarged after the Armistice when graves were brought in, mainly from the battlefields to the North. 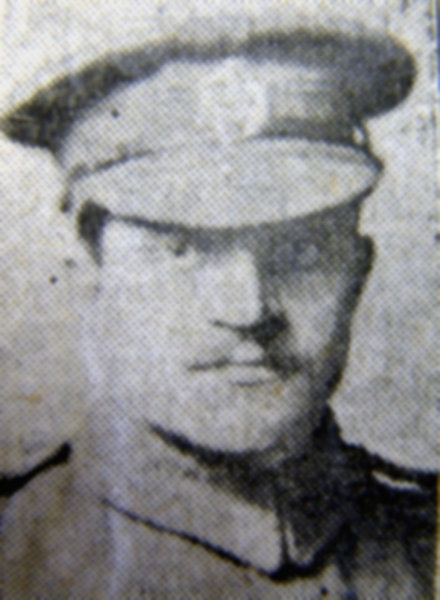