Edward was born on the 5th September 1886, the son of Arthur William & Laura Croft of the High Street, Stevenage. He entered the Royal Navy as a Boy seaman in the Signals branch in 1904. By 1906 he had become a leading seaman and later in 1908-9 took part in the suppression of the Armenian massacres and in the Messina earthquake rescues. In 1911 he was promoted to Petty Officer. He was selected for duty on HMS Renown and served on her between 7th September 1905 to 31st May 1906 where he was the personal Signal of the Prince & Princess of Wales who later became the King Edward & Queen Mary. In 1913 Edward transferred to the Naval Police and later served on HMS Invincible.

He served in the super dreadnought HMS Agincourt from the outbreak of war until April 1915 after which he was posted to the light cruiser HMS Caroline as acting Master at Arms. Whilst serving with this cruiser he took part in several actions and was involved in the Battle of Jutland during which he suffered shell shock and was sent to Haslar Hospital for recovery. In January 1917 he was posted to the shore offices of the Dover Submarine Flotilla and whilst there a bomb fell, during an enemy air raid, quite close to him causing a reoccurrence of the shell shock. He returned to Haslar hospital and gradually developed Locomotor Ataxia, which eventually lead to his death in March 1919. Edward is buried in the Royal Naval Cemetery, Eastney, Southsea. 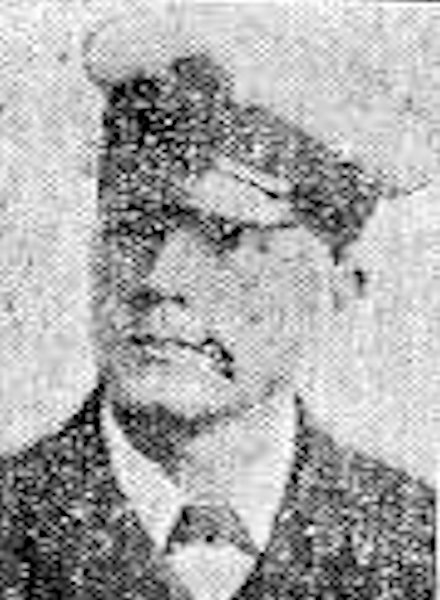