Harold William Philpott was born in 1891 in New Barnet, Herts, the eldest son of William and Louisa Philpott.

On the 1901 Census the family were living at  3 Approach Road, New Barnet, where his father was a gas stoker.  They remained in New Barnet in 1911 but had moved to Clifton Cottage, Victoria Road and Harold was working as Railway Porter for Great Northern Railway.

He arrived in France on 18 August 1915 and was killed in action during the Battle of Flers-Courcellette at High Wood, but his body was not recovered for burial, or not identified. His name is commemorated on the Thiepval Memorial.

His mother received a war gratuity of £7 and pay owing of £2 3s 5d, as well as a pension of 5 shillings a week from 11 December 1917. His father was born in Codicote, Herts. He was cousin to Randall Harwood also named on the Ayot St Peter Memorial. 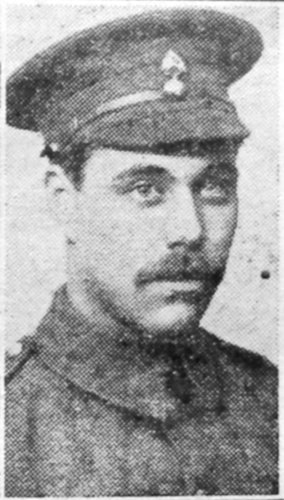