Son of Hyla Edwin and Annie Brian, of Holmbury, Berkhamsted, Herts. He was born in Egypt. He was educated at Berkhamsted school. He attended the Royal Military academy at Woolwich. He was gazetted to the 18th Battery on 20 December 1912. He served in England until June 1914 when he left to join the 59th Bty in India. He returned in the December.

In March 1915 he was sent to the front. He took part in the action of Neuve Chapelle and was killed in action near Fromelles while performing the duty of forward observing officer in the trenches. He was buried in an orchard near to where he fell. His commanding officer wrote of him: ‘He was a splendid officer and absolutely fearless in the execution of his duty.’

His younger brother, Arthur, was killed in 1916. 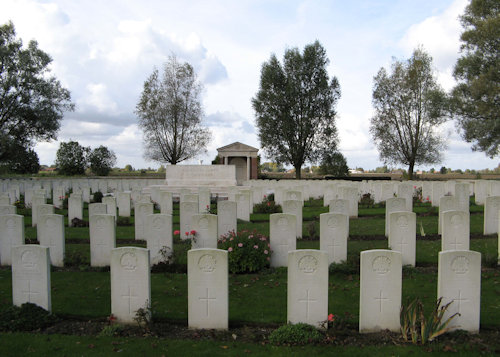