Sidney George Gatward was born in the village of Therfield, Hertfordshire, on the 22nd November 1891, the youngest son of Henry & Emily Gatward. The family later lived in Gower Road, Royston.

In 1911 Sidney enlisted in the Army, joining the Royal Fusiliers and was initially attached to the 5th Battalion. He was later transferred to the 3rd Battalion which, at the outbreak of the Great War, were serving in Lucknow, India. They returned to England in December 1914, where they joined the 85th Brigade, 28th Division, and were posted to the Western Front on the 18th January 1915. Sidney was wounded in the right hand in February 1915 and after his recovery was transferred to the 4th Battalion, Royal Fusiliers, who came under the command of the 9th Brigade, 3rd Division. He continued to serve with the Battalion until August 1916, when he was again wounded, this time in the left hand during action South of Guillemont in the Somme sector. Again, following his recovery, he re-joined his Battalion, and continued to serve on the Western Front. During the planning of the Battle of Arras, the Battalion had been given the objective of capturing and consolidating a position known as The Harp, which was part of the German Hindenburg Line, on the Eastern outskirts of Beaurains. The men of Battalion had spent the previous days practising their assembly movements in readiness for opening of the Battle and, on the night of 8th/9th April 1917, they moved up to the assembly trenches from the Cellar Area of Arras, firstly entering the tunnel system through Crichon Sewer and eventually passing through Iceland Trench and 15th Street to their final location. At 7.00am on the 9th April, with a light rain falling, the Battalion advanced on the German positions it had been ordered to attack. It moved forward on a two-company front, in four waves, in columns of Sections in single file. As they advanced on the old German front line trenches, which had recently been captured by the British, they began to be heavily shelled with both High Explosive and Shrapnel rounds. The shell fire intensified as they progressed, but as they moved down a slope towards their objective, the Right Company was caught in artillery fire from the British barrage. As a consequence, they were forced to swing their advance to the right and, as they were in the process of doing this, were caught by Machine Gun and Rifle fire from Nomeny Trench, causing considerable losses. Despite the fact that the surviving men were completely exhausted, they managed to reach and consolidate their objective, but only managed to hang on to their prize as a consequence of the arrival of reinforcements. During this action, the Battalion suffered a total of 202 casualties in killed, wounded and missing. Sidney Gatward was amongst those listed as Missing and, to this day, he has no known grave. His name is recorded on Bay 3 of the Arras Memorial, France, and also on the Royston War Memorial, Hertfordshire.

The CWGC have his name incorrectly recorded as Sidney George GATWOOD. 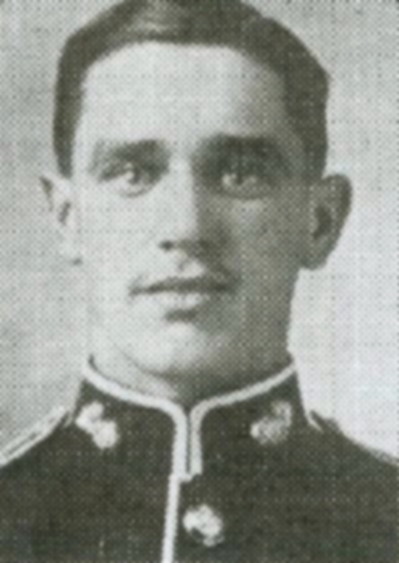