Sidney was born on the 8th June 1890 the son of Charles Henry and Elizabeth Ann Madgin (nee Tingey). His father was the keeper of the White Lion Hotel in the High Street, Stevenage.

Sidney was posted to France on the 3rd May 1915 and arrived at Wallon Capel, deep in the heart of the Ypres Salient, two days later. On the 24th May the Battalion were holding trenches in the area of Hooge. At 3am the Germans unleashed a Poison Gas attack on the British positions along the Menin Road, which lasted for about an hour. German infantry then attacked the positions but, with the aid of reinforcements, this assault was eventually driven off. However, the Battalion had lost 1 Officer and 16 Other Ranks to the dreadful effects of gas poisoning, amongst these was Sidney Madgin, who held on to life for several hours before succumbing to one of the worst horrors of warfare on the Western Front. He is buried at Hazebrouck Military Cemetery, France. 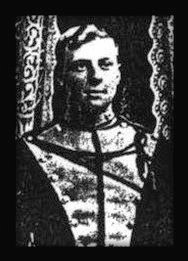