William was the son of Archie & Clara Bryant of Hellards Road, Stevenage, and was one of two brothers serving in the forces. Prior to joining the Army, he had been employed as a Munitions Worker.

He Attested for Military Service on the 5th December 1916 and was called up on the 17th February 1917 at the age of 18 years and 2 months. Initially, he served with the Bedfordshire Regiment in the UK but was transferred to the North Staffordshire Regiment on the 4th February 1918, just two days after arriving in France. On the 10th April 1918 the Battalion were located near Messines. They were under considerable pressure from the Germans, who had recently begun their Spring Offensive. Official records show that there was some confusion as to the condition of the Battalion, as a result of being involved in heavy fighting. It is believed that William was shot by a sniper. He has no known grave and his name is recorded on the Tyne Cot Memorial, Zonnebeke, Belgium. 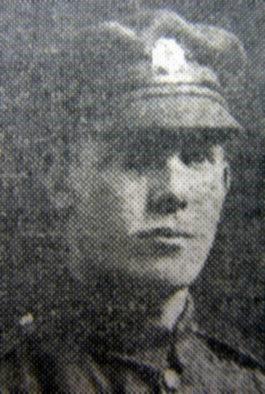