MORLANCOURT BRITISH CEMETERY NO.1
A. 18.
France

William, known as Bill was the 6th son of James and Lucy. In the 1911 census (below) he was 14 and again working as a farm labourer like Walter and father James.

According to the ‘Crow’ newspaper report he joined the army during 1914 before war broke out and was sent out to France on August 15th 1915 (according to the medals card) with the 7th Btn. Bedfordshire Regiment.

The family had increased and 5 more children had arrived!  Florence 9,  Mabel 7, William 5, Frank 2 and Ethel, 3 months.

In 1911 William, known as Bill and working as a farm labourer, was still living in the family home with his parents, brothers Walter, Frank and Frederick and sisters Ethel and Tripjosa.

Lucy & James Bullard were my Great Grandparents (their youngest son Frederick John was my Granddad). They actually had six sons serving in the Great War (my six Gt Uncles), Frank was their 6th son to serve, he lost his leg. I cannot find his war records or service number, however, his daughter Doreen who is in her 90's has confirmed that he was in the Great War and he lost his leg aged 17.

James the eldest son was also in the war, although he didn't die in the war, he died some years later from his shrapnel wounds. Their cousin Charlie Bullard (Noades) also lost his life in the Great War and is buried at Therfield Church. I am so proud of my Gt Uncles and of my Gt Grandparents who suffered their losses.

He trained at Aldershot and Colchester and finally Salisbury Plain before embarking for France in the 54th Brigade, 18th. Division. Like 3 of his brothers he proudly wore this badge.

He was in action at the Battle of the Somme in July 1916 and his battalion was in the attack on Pommiers Redoubt on the first day, when there were 321 casualties. William may have been injured then but we know he was recorded as dying of wounds on the 8th. The battalion was highly praised for its ‘steadiness, determination and bravery’ in this attack.

William is buried in the small Morlancourt  British Cemetery no. 1, in row A. Grave 18. This cemetery was established in June/July 1916 by Field Ambulances and contains 70 graves.

He was the second of the 4 Bullard brothers to die.

This handwritten will was found in William’s pay book on the allotted page 13. As a result the official form was issued by the War Office in November 1916 and no doubt his wishes were carried out.

"In the event of my death I leave half of my property to Miss Ada Pinnock, Brook End, Cottred (sic),  Buntingford, Herts. and the remainder to my mother Mrs Lucy Bullard, Dane End, Royston."

Six Bullard brothers served in WW1, four were killed, William Ralph, above, Albert Edward died 6 Aug 1915, Walter Thomas, died 15 Apr 1917 and Sidney, died 27 Jul 1917. They are all listed on this same memorial. James and Frank were injured but survived. 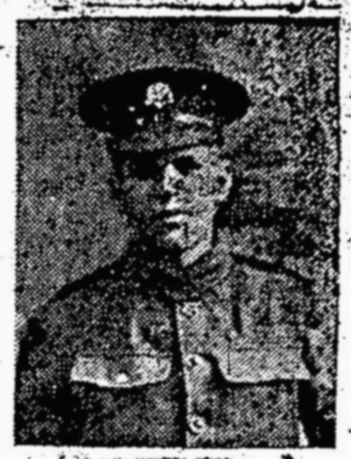